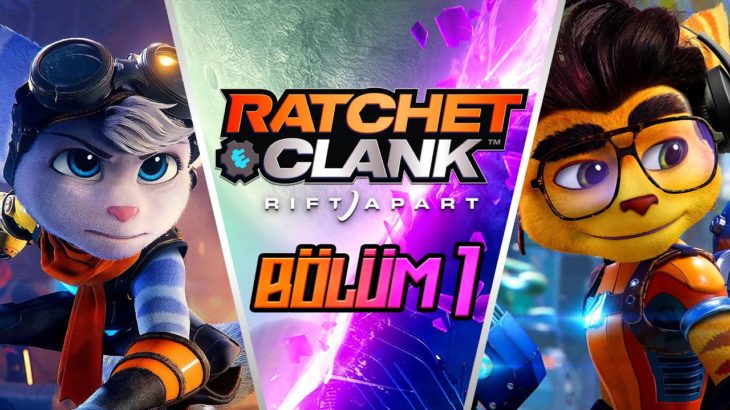 Ratchet & Clank: Rift Apart is a third-person shooter platform game developed by Insomniac Games and published by Sony Interactive Entertainment for the PlayStation 5. It is the sixteenth installment in the Ratchet & Clank series. The game takes place following the events of Ratchet & Clank: Into the Nexus (2013). Rift Apart was announced in June 2020 at the PlayStation 5 reveal event, and will be released on June 11, 2021. It has received acclaim, particularly for its visuals, combat, and technical advancements.

Ratchet & Clank: Rift Apart will feature a full length, stand-alone storyline that will appeal to newcomers of the series. The game takes place following the events of both 2013’s Ratchet & Clank: Into the Nexus, the last game in the Future Saga, and 2016’s Ratchet & Clank, which serves as a re-imagining of the first game in the series. The story of the game follows the titular characters as they traverse across different worlds in multiple realities to stop their archenemy, Doctor Nefarious, from exploiting a sudden catastrophic dimensional collapse, to finally achieve his dream of completely exterminating organic life in the universe. The cause of the collapse is attributed to a malfunctioning Dimensionator, a powerful artifact created by the Lombax race, which is capable of opening rifts into other dimensions. In the process of destroying the Dimensionator, Ratchet becomes separated from Clank after arriving in an alternate dimension ruled by Nefarious’ more capable counterpart, Emperor Nefarious. They also encounter a female Lombax named Rivet, who leads a resistance group fighting against Emperor Nefarious. Together, Ratchet, Clank and Rivet have to work together to thwart Nefarious and the Emperor’s plans of conquering other realities.

The game shares many gameplay similarities with Ratchet & Clank (2016) and other entries in the series. It retains elements of previous Ratchet & Clank games, such as strafing, gunplay, collection of bolts, automatic weapon and health upgrades, manual Raritanium weapon upgrading and gadgets. The main playable character is Ratchet. He is accompanied by his robotic friend and sidekick Clank, who is hung on his back. There will also be a playable female Lombax named Rivet. The player navigates Ratchet and Rivet through diverse environments across a multitude of levels, defeating enemies with an array of varied weapons and gadgets, and traversing obstacles to complete key mission objectives.