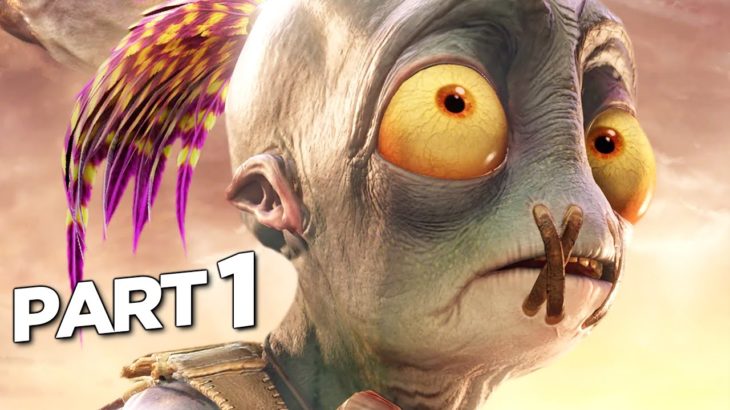 Oddworld: Soulstorm is a modern re-imagining of the 1998 title Oddworld: Abe’s Exoddus, built on a new engine and with an expanded story. Soulstorm is the second game in the new quintology and serves as a direct sequel to Oddworld: New ‘n’ Tasty. The game was released on April 6th, 2021 on PlayStation 5, PlayStation 4, and the Epic Game Store.

Soulstorm is set on the fictional planet Oddworld and a continent called Mudos. Mudos is inhabited by various sentient races all living together. The Glukkons run the majority of the continent’s industry and use the Mudokons as expendable slave labor. Soulstorm picks up directly after the events of New ‘n’ Tasty. Abe has just saved 300 fellow Mudokons from the RuptureFarms meat grinders, but is then faced with the reality of starting an uprising against the ruthless corporations that keep his race enslaved.

Meanwhile the Glukkons have developed a highly addictive (and highly flammable) drink called Soulstorm Brew, designed to keep the Mudokon slaves docile and dependent on their masters.

Abe – Once a lowly floor waxer at RuptureFarms, he witnessed his boss’ plan to turn the Mudokon species into the next tasty treat. During his escape he learns he is destined to be the leader of his people and spark an uprising.

Molluck – The former CEO of RuptureFarms, before Abe managed to liberate all the slaves and destroy the factory. Now Molluck will have to explain himself to his superiors.

Alf – A simple Mudokon scrub who once ran a small Soulstorm Brew bar deep in the depths of RuptureFarms before Abe rescued him.

Toby – A new character. He should help Abe during his travel.